Shopify’s reports after Black Friday revealed that 2021 was a record year, with sales nearly reaching $2.9 billion from D2C (direct-to-consumer) businesses the world over. The data was collected between Black Friday’s start in New Zealand and its end in California.

The numbers represent a 21% increase compared to last year when sales surged an unprecedented 75% over the previous year. Most of the world had a bad 2020 but not the online retail world. Since everyone had lockdown orders, online orders became the go-to option to get anything.

The 2021 numbers nearly double 2019’s haul, showing the significant jump the pandemic caused. The speed at which these revenues were achieved showed a significant jump. By 12:02 PM EST on Black Friday, merchants averaged about 3.1 million per minute in sales. At around 4:00 AM EST, Shopify merchants crossed the billion mark, four hours earlier than the previous year.

There is an evident digital transformation that has forced companies to evolve with an also changing market. Shopify released the debut 2.0 version of its platform, with improved Shopify 2.0 features that fit right into the changing technological times and market needs.

Amid all these changes, Shopify released version 2.0, which has been in the works and a ‘coming soon’ status for about 2.5 years until it dropped in June of this year. Suffice to say that Shopify 2.0 brings new bells and whistles that merchants and Shopify developers alike have to worry- and be happy about.

However, it also looks to leverage the changing technologies of our time and offers more value to merchants long term. Giving the ability to have sections “almost everywhere” in a flexible way like the homepage.

Shopify was pleased about the 2021 overall haul from Black Friday, which would explain why the platform is pushing the new online store 2.0 Shopify version as the best. It’s fresh and should be better. It is a remarkable improvement from all indications, and we’d recommend that merchants upgrade.

To make the most of everything in a world undergoing rapid digital transformation, a business needs to grow just as rapidly and leverage new technologies to capitalize on emerging opportunities or meet challenges more confidently.

The 2020/21 period has been tumultuous. While everything that saw people go out and touch things or other people got shut down, online markets exploded in popularity. Everywhere, we were looking for convenient and contactless ways to get what we needed, a necessity that persists even as 2022 peeks over the horizon.

Things calmed down for a bit as vaccine rollouts slogged through supply chain issues, anti-vaxxer movements and finally resulted in government mandates meant to cover as much of the population as possible. Your sentiments about the vaccine aside, online marketplaces will continue to reap big rewards for the foreseeable future, given that at the time of writing this (the latter half of December 2021), the Omicron variant is already shutting things down and spreading at an alarming rate.

Whether that variant will be of consequence is of little significance because online markets will continue to be needed, as evidenced by the massive revenues.

One thing we can say for certain is that sales will be down significantly in 2022 and 2023 when it comes to Black Friday. No questions. But we all must remember that actually this usually isn’t where the most money is made for an ecommerce store. If you do the dollar crunching, Black Friday for most businesses is something that they kinda feel pressured into getting involved in but doesn’t make them that much profits due to the lower margins. 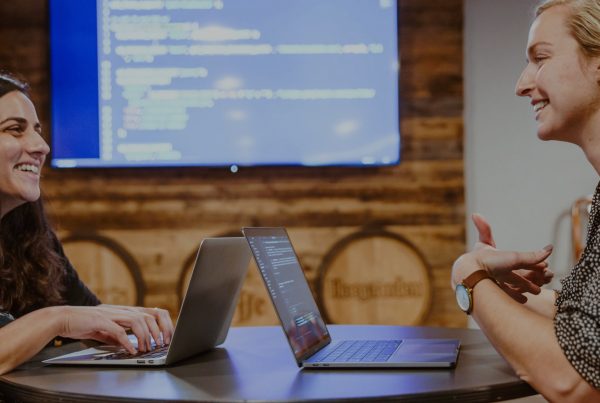 The complete history of Shopify – from cafe startup to market leader